While I'm still on this playing kick, I think an update about Tevaela is in order. I've decided that updates about this world aren't going to be frequent - instead, I'll sometimes post something about it if I've nothing else to say or report.

Since Queenie decided to integrate herself into the main population, Artura went and took her place out in the swamp, since she had developed a sudden hankering for mushrooms.

Watching Warpish the early riser interact with the other norns has proven to be incredibly amusing:

Warpish: Come on Himiko, let's make love!
Himiko: Get away from me!
Bonita: Lol. 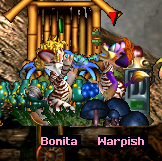 Warpish: Actually, I think I like Bonita better.
Bonita: Oh crap. Oh no no no! 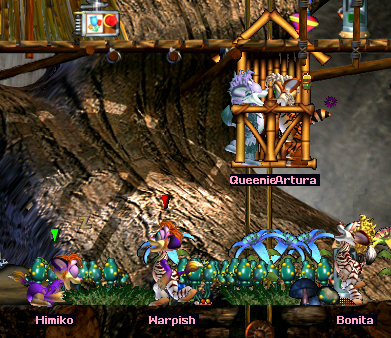 Queenie: Thank you, Artura, for getting me away from this nonsense.
Warpish: How about now, Himiko?
Bonita: Hey, guys! Come and get me too! 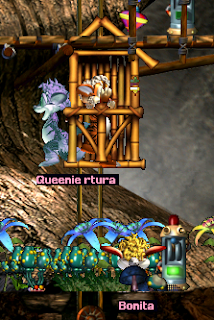 Bonita: *Calls the elevator again*
Queenie: Just as I was about to get out.... 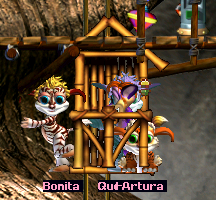 *Insert "girls' night out" music here*
Himiko: Let me in too!
Bonita: On second thought, this wasn't such a good idea.
Artura: Phew. That was a close one.

(In case you were wondering where Matoko was in all of this: she headed over to the swamp. She's a youth now, but seems to have dropped the color changing - she's still the same color she was as an adolescent). 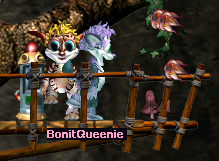 Next time, I expect that someone's gonna get pregnant. Most likely Warpish.

Okay, I got kinda carried away with the characterization there, but those were pretty much my thoughts while I was watching this. My mind goes to some odd places at times.