Well, I've gotten my norns together. It's time to introduce the initial generation of Tevaela. These little ones have quite the world to explore. 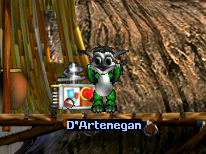 First up is the future Lord of Tevaela, D'Artenegan (the character who he's named after actually spelled it "d'Artagnan," but I think my spelling looks a little nicer). He is pure CFE Siamese despite his limbs (Siamese + Draconian appeals to me for some reason), but he has been genetically edited to have a much stronger response to the antigens, resistance to slapping, a tendency to eat critters, and a slightly increased lifespan. He's also color edited, but at the moment it doesn't stand out too much - it will get more obvious once he gets older. 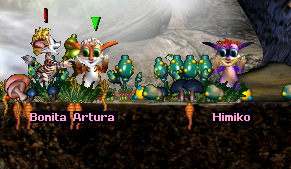 The first half of six girls are simply ordinary CFE norns from Muco. Not much to say about their genetics, but a few CFEs are good for keeping the general intelligence level up. I chose a Bengal, ChiChi, and Zebra because I tend to like the more natural-looking breeds over the more fancy-looking ones (Astro, Harlequin, etc.). I also didn't go with any of the official breeds with edited genetics as I didn't feel any of them really meshed well.

Here's everyone at a glance, in the positions I left them in after exiting the world. I'll begin the chronicle proper tomorrow, but from what I've seen so far someone's getting slappy (I think it's Bonita, but I'm not too sure), and Warpish seems to be averse to eating (when her follow TCR creatures dug right in). We'll see how this turns out.
Posted by D.L. Yomegami at 9:58 PM 1 comment

Thanks to everyone (all 3 of you) who replied to my previous post. After reading them and mulling it over, I decided to do something that's not normal for this blog, but is a fairly common occurrence elsewhere: make a world and detail what goes in it.


I decided to call the world Tevaela, after the name I gave to a fictional otherworld in a story I was working on writing (and might finish someday). I think it's fitting, given that this world is based around the C2toDS metaroom: 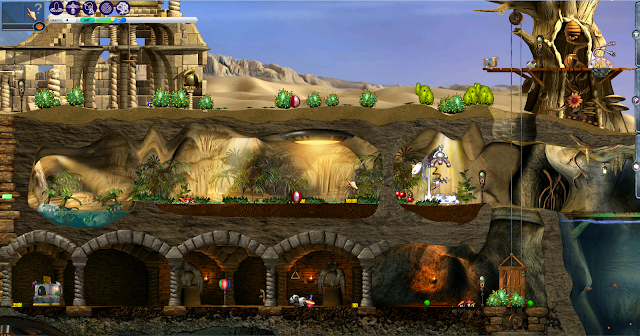 I'm so original, aren't I? It's not like two other blogs already have a world based around this metaroom. Actually, I've been wanting to run a C2toDS-based world for a while. It's a big room with lots of varied environments (being a full game itself once does that). The problem I had with it previously? It's a big room with lots of empty space that was difficult to customize. However, a few recent releases have made it much easier to get this room into a state where I'm happy with the setup, not the least of which would be the Magic Words Room Edits (which made making the world navigable a lot less tedious).
A little offtopic, but that screenshot also shows just how big the screen on my new computer is.

For the sake of brevity, I'm not posting a bunch of pictures detailing every single little thing I did to the metaroom. Instead, I'll list what the main changes were:
I also pimped out the oceans a bit: 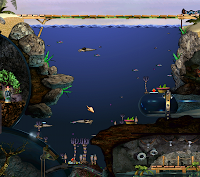 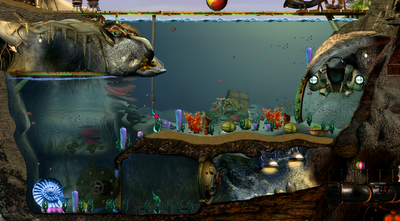 Since I'm not planning on putting creatures in the seas (at least, not immediately), you won't be seeing much of either ocean. So I decided to put pictures of them up now, so you can at least see what's down there (and also to show off the bridges, since they didn't get into the previous picture).

So, why did I label this world as a "Semi-Scenario" world? Simply put, the term means I'm not going to just hatch a bunch of creatures and turn them loose. What I'm planning on doing here is something similar to the (C3/DS) worlds at Discover Albia and Confessions of a Shee (moreso the latter than the former). I'm planning on having a bunch of females running around, but only one male. When that male dies, one of his sons will take over as the resident Lord, and so on and so forth. Beyond this, Tevaela is otherwise a normal DS world.


For the time being, I've decided to stick to norns, though being me I'll definitely drop grendels into the world at some point. I do want this to be a mixed species world, but I haven't decided if I want the grendels to be malevolent or peaceful towards the norns.

There you have it: The initial introduction to Tevaela. I'll soon introduce the initial population, either tomorrow or possibly later tonight. It depends on when I finally decide on what breeds to use.
Posted by D.L. Yomegami at 5:09 PM 3 comments