Another CCSF come and gone

Disclaimer: This post is a bit blunt. Do know that I mean no offense towards any participants, and that I believe that everyone did their best.

Today marks the final day of the CCSF 2013. To be brutally honest, I found this year to be really underwhelming. Don't get me wrong; it wasn't bad by any stretch of the imagination. However, nothing about it was anything to write home about. The releases were mostly genetic breeds and agents, with only three metarooms (one of which was mine) and no full breeds. Furthermore, none of the other happenings really got me hyped.

However, I will say that I really like Clohse's Sea Monkey Marina, particularly how it blended the sea monkey stuff with original stuff. I don't know if I'll ever get around to making a world around it (might try to make a personalized version of it first), but it is quite fun to just watch. Furthermore, it did help me get my motivation to finish the Deep Abyss back.

With my thoughts out, I do think it's time to post my own releases here, yes?

My breed release consisted of the standard Colorful Grendels. They're extremely simple by my standards; they're based on the ChiChi genome with a few edits to make them more grendel-esque, and they're colorful. This initial pack consists of five colors picked at random by the egg agent.

That's not all I have that's related to the Colorful Grendels, however. As I stated on the website and in the readme, I plan on making more color variants and even sub-breeds as time goes on. To end the festival, I decided to make and release the first color pack for the Standard Colorful Grendels.

This second pack will let you hatch five new color varieties with the Standard Colorful Grendel egg agent in the initial release. Not much else to say here, really.

My other release was the yearly metaroom: the initial version of the Deep Abyss. 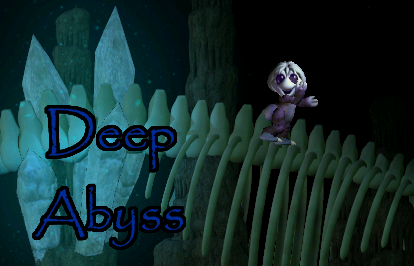 I apologize for the lack of an ecology, playthings, or even basic food sources. Alas, my mental issues got in the way and I wasn't able to complete those in time. Hopefully, the basic room will give you enough to play with while I'm finishing it up.
When will the final release be out? I would like to get it out by the end of the year, but at this point you should know that my word on when things will be out holds no value. It really depends on when Mea gets all the necessary sprites done, and when/if I can force myself to work on it. Do know that it's going to be a while.