In which Grendel Man posts Massive Pictures of his Latest World concept.

Well, I said my next post would contain pictures. For lack of a better option, I decided to just post five pictures of my current world concept.

This world, called "The Colony," was heavily inspired by Vampess's documentation of a similar wolfling run on her site. As such, it's a feral run set in a docked where the norns have the entire ship to run around in. The population is set to 20 (though there's 36 norns in the world at the moment, since that's what the population was set to before), and an ovicidal agent keeps the egg count at that level and speeds up generations. The first generation had ChiChis and Zebras in the DS part, and Bengals and Fallows in the C3 part. Every couple generations or so, I'll throw in a pair of norns from a different species to mix things up a bit. Oh yeah, and I mean norns, not creatures. It's a norn-only world at the moment, though I might toss in some grendels later.


With the expository banter out of the way, let's dump some pictures. 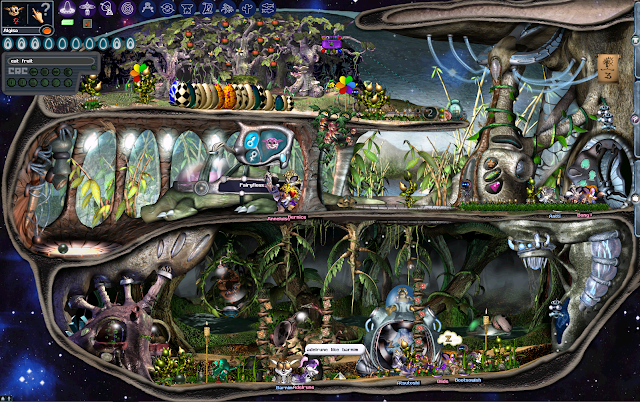 The Norn Meso is one of two possible hatching locations. At the start of the run, it was home to ChiChi Norns and Zebra Norns, and still mostly is (though you can see a Fairyfloss Norn laying around on the lower level). Not much to note, other than that I re-added the default DS life. 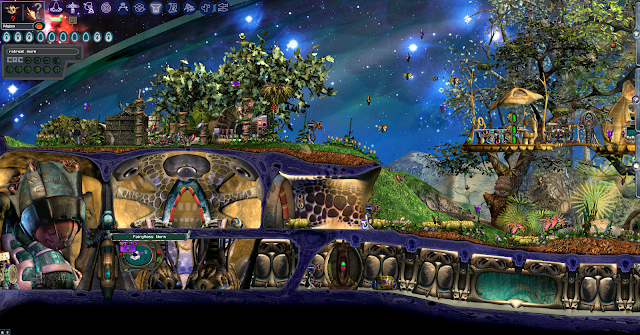 The Norn Terrarium was home to the Bengals and Fallows at the start of the run, and was really popular for the first couple hours. At some point, however, the norns ate themselves out of house and home, and moved on to the other terrariums. It's in the process of recovering at the moment (there's only one norn in the room as of this picture, and he didn't make it into the shot). 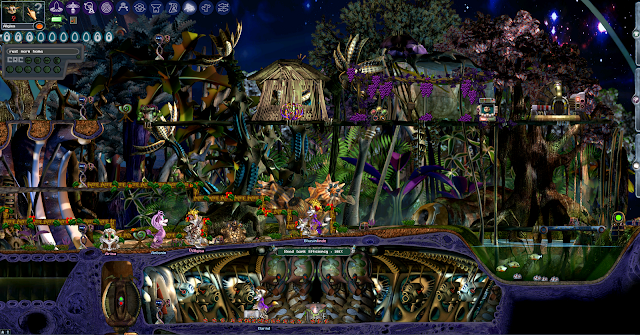 After the Norn Terrarium was worn out, the Jungle Terrarium became the new norn hangout. For a while, it was so clogged that I eventually removed the main reason for its popularity: the Awkwood Creeper (though there's still Creepers in the Meso). It's still popular, although a fair few norns have moved on to the Desert Terrarium. Speaking of which.... 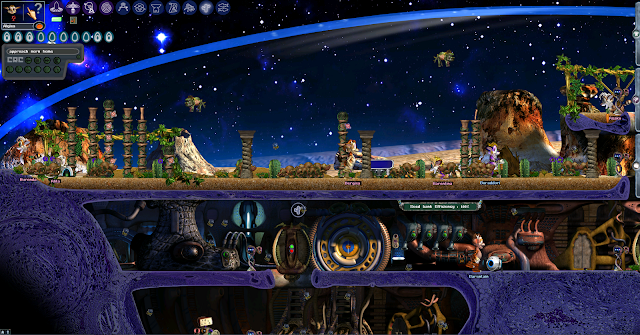 The Ettin Terrarium was empty of creatures until I removed the Awkwood Creepers from the Jungle Terrarium. Then it became another popular norn hangout. I have to say, I'm really proud of the room setup in here - I consider this my best setup of Garden Box decorations thus far, and the wildlife came together so naturally. We'll see how the ecology responds to the nornish presence, though. 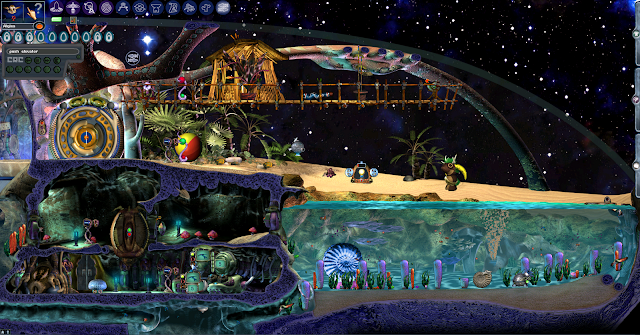 Here we have the least popular metaroom; the Aquatic Terrarium. I added a new level with some GB Decos and Magic Words room editing, though that really hasn't drawn creatures here. The aquatic plants are a mix of GB and default plants - due to being more robust, the GB plants are more numerous. 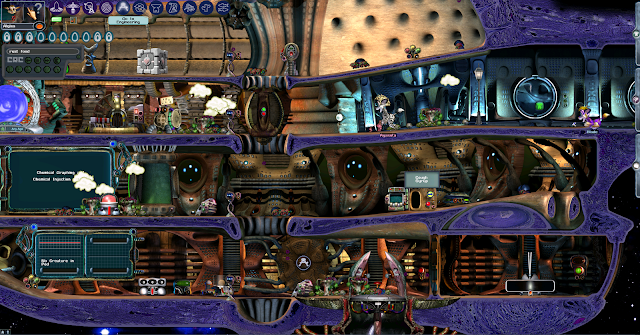 Finally, a shot of the Bridge. Thanks to the norn who brought up some Munchroom seeds, the Bridge is now less likely to cause Eat Elevator Syndrome, and is in fact surprisingly popular. It really isn't capable of sustaining a large population, though - most norns just grab some munchrooms, and then move on to one of the other metarooms.

I could post pictures of the Hub, Workshop, Comms Room, and Engineering, but there's really nothing pointing out in those parts.

I don't plan on posting regular updates about this world; that tends to burn me out (hence why Tevaela rarely gets posts). I might post something about it once every ten generations or so, though. Or if something really interesting happens.

Onto other things: As most people know, the CCSF is now underway. Despite the change in format, I personally believe that this one is shaping up to be one of the best ones yet (though given how amazing 2011 was, it has a tough act to follow). So, I'd contribute a lot to it, right?

Unfortunately, that's not how things turned out. Aquanornia Revamped wound up being my major release this year - after it, the only other things you can expect from me are updates to the GB sponges and the GB Gumin Grass. I've got ambition, but I'm more a schemer then anything - I think I follow up on about 5% of everything I dream up. I might release something independently over the course of the festival, but don't count on it.